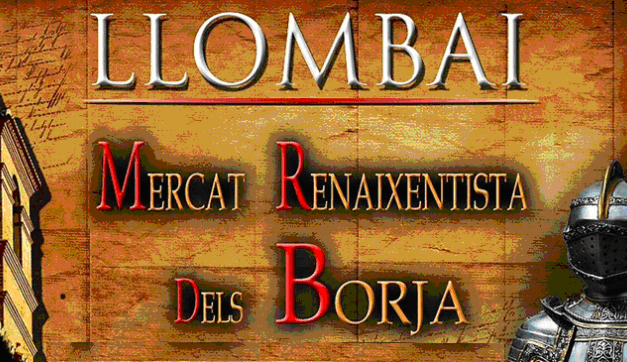 The market has a wide-ranging programme packed with cultural, historic, play and gastronomic activities. At the market you'll come across craftspeople and merchants, re-enactments of the battle between the Germanías and the Borgias, mythological beings, historic trades, torture chambers, Renaissance exhibitions, period farms with more than 200 kinds of animals, Medieval and Arab concerts, taverns and bars serving octopus, military encampments, dramatized re-enactments, parades, tournaments and jousting, firework displays and a children's area where youngsters can enjoy games and theatre.

In late January, Llombai goes back to the past, hundreds of years ago, to relive the splendour of the Renaissance and recreate the life and grandeur of the Borgia family, with a multitude of activities connected with their history. Streets and squares specially decorated for the occasion become the setting for the market, which is packed with stalls selling all kinds of crafts, traditional food and drink, craft workshops and demonstrations of ancient crafts and trades.