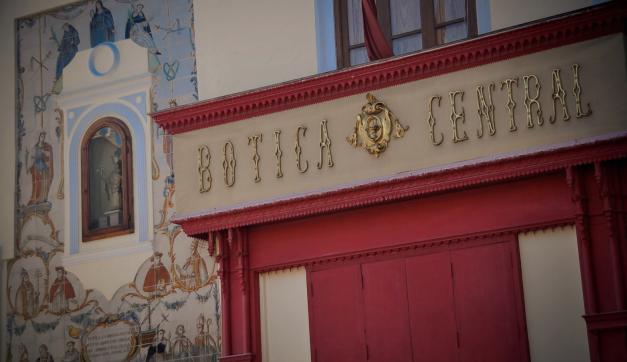 Casa Artigues, owned by a prominent local family of pharmacists, is an 18th century building set in the heart of Xátiva's old quarter. The building has three outstanding heritage features, namely the eclectic style porticoed main entrance door that blends Modernism and Neo-Gothic, the famous ceramic wall tableau depicting distinguished figures in the city, and the Modernist shelves, the only ones of their kind in Xátiva.

The 18th century Rococo style ceramic wall tableau is made up of approximately 288 tiles. It was commissioned by popular initiative to pay tribute to the Virgin of La Seu and to the city's leading figures, including the two Borgia Popes, Calixtus III and Alexander VI. Fifteen figures appear in the tableau, including the Borgia Popes. It hasn't been possible to accurately identify some of the people portrayed.

The tableau was dismantled in 1936 and reassembled after the Spanish Civil War, then restored in 1986.