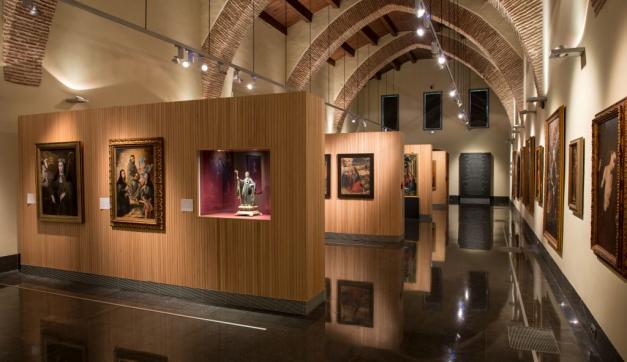 Hospital de Sant Marc (Saint Mark's Hospital) was an institution for poor people and travellers that remained active for more than 600 years, from the 14th century through to 1973. The institution was founded before the era of the Borgias, although it is attributed to Duke Alfonso el Viejo. Francisco de Borgia's mother acquired several buildings adjoining the hospital to extend it. The extension culminated with her son.

Nowadays, the Hospital de Sant Marc is also home to the Museo Arqueológico (archaeological museum) in Gandía, also known as MAGa. Since 2015, the building has also housed the Museo de Santa Clara housing part of the impressive art collection held by the Poor Clares community and preserved by these Franciscan nuns over centuries. Some of the works were donated by the Borgia family. There is an agreement in place with the Polytechynic University of València for the conservation and management of the works on display in the museum.

The great House of Borgia in Gandía