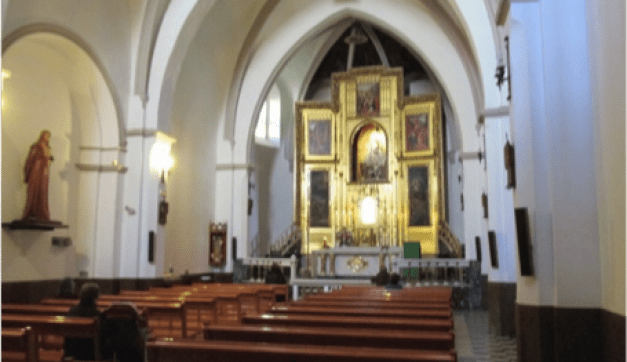 The monastery of Santa Clara is an enclosed convent inhabited by nuns from the Order of Saint Clare (also known as the Poor Clares). The building is Gothic and was restored in 1967. It was listed as an Asset of Local Importance.

This religious building dates back to the 16th century. It was here that the Franciscan religion was founded. From this monastery, numerous convents were founded across the whole of Spain. The daughter of the first Royal Duke of Gandía, Doña Violante of Aragón, took the first steps towards founding this religious order. To do so, she requested permission from Pope Martin V.

After fifteen years, on the death of Violante's relatives and without sufficient funds in Gandía, the Clares were moved to a monastery in València. Over the years that followed, the Convento de Santa Clara (Saint Clare's Convent) in Gandía was practically uninhabited until Luis de Vich decided to restore it. The convent became the new home of ten nuns from the same order who left their convent in the town of Lézignan-Corbières in France. One of the nuns was María Escarlata, sister of the French prince. She took refuge in the convent at Gandía as she was fleeing from a forced marriage.

There is a very special olive tree in the inner courtyard of the monastery. According to local tradition it was planted by the patron of Gandía, Saint Francisco de Borgia. As the convent is an enclosed order there are no photographs of the inside of the monastery or of the olive tree.

The monastery also houses the image of the Virgin of Baluarte, the virgin of rain. The only part of the enclosed order monastery open to visitors is the Gothic style church to the right of the building. During the exposition of the Blessed Sacrament visitors can hear (but not see) the nuns praying in a room inside the church, although they won't be able to see directly inside.