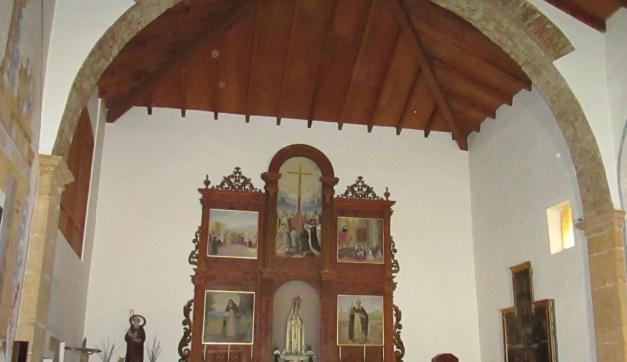 The Oratorio de lso Borgia, also known as Iglesia de la Torre (Church of the Tower), is in Canals, València. The church was built in the Early Gothic style, probably in the 13th century. The Oratory is opposite the Torre de los Borgia (Tower of the Borgias). It has undergone several refurbishments since it was built. In the 1980s refurbishment work was carried out mainly on the roof. Sampling has also revealed polychrome decoration.

The most valuable work preserved in the oratory is a Medieval wood panel depicting the Last Judgement attributed to the unknown “master of Borbotó”, whose patron was Rodrigo de Borgia-Llansol y de Montcada, and produced in the early 16th century. The Oratory also used to house a shield with the Borgia family coat of arms that was lost in building work carried out in 1878. It was originally part of the Borgia palatial estate. The original altarpiece was lost in the Spanish Civil War. It's thought that one of the panels depicted the Holy Grail, a gift from Pope Calixtus III according to tradition.

The building has a rectangular layout with a single nave, no apse, a flat presbytery, stone and mortar walls with buttresses, a hipped roof held up by two diaphragm arches supported by pilasters. The roof was partially made of wood.