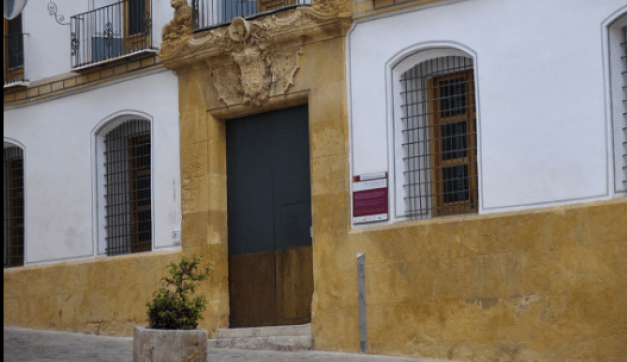 The Casa de la Enseñanza (House of Teaching) was built in Xàtiva in the mid-18th century, specifically in 1758, and was commissioned by Archbishop Mayoral to help the poor classes have access to education.

The building has a Baroque stone doorway with a heraldic crest belonging to the school's founder, Archbishop Mayoral; it remained open as a school until the late 20th century.

Restoration and conversion work on the building, now a museum, was one of Xátiva's most iconic cultural projects.

The Museo de Bellas Artes (Fine Arts Museum) in the city of Xàtiva has one of the biggest public collections of paintings in the Comunitat Valenciana, with works by Ribera, Goya, Vicente López, Santiago Rusiñol, Benlliure and Antoni Miró, plus many others. It also displays outstanding sculptural and stonemasonry pieces. One particularly famous item is the portrait of King Felipe V, which hangs upside down in revenge for having ordered the burning of Xátiva in 1707. In addition to the permanent collection, the museum runs a lively and dynamic programme of regular temporary exhibitions.

The Flamboyant Gothic style had significant impact in Xàtiva, with the chapel commissioned by Pope Calixtus III on the site of the city's former great mosque, adapted later for Christian worship. The chapel was demolished centuries later. Proof of all this are the beautiful remains housed in the museum, including the dome keystone and the corbel of the angle, bearing the coat of arms of the one of the most powerful families of the European Renaissance, the Borgias.